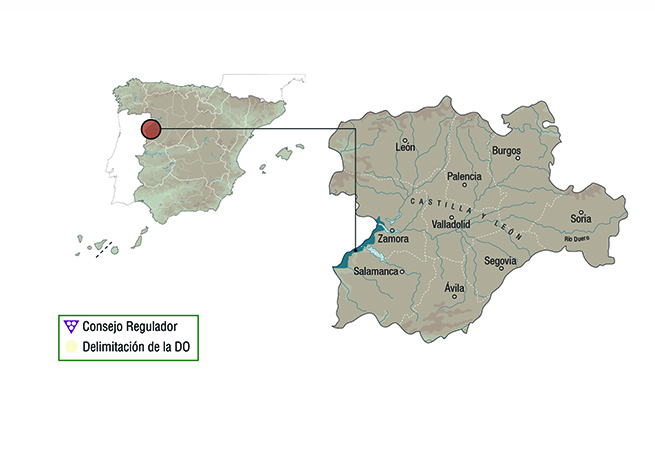 In Las Arribes National Park, it comprises a narrow stretch of land along the southwest of Zamora and northeast of Salamanca. The vineyards occupy the valleys and steep terraces along the river Duero. Just a single municipal district, Fermoselle, has up to 90% of the total vineyard surface.

This wine region has a strong Mediterranean influence, given the prominent decrease in altitude that the territory features from the flat lands of the Sáyago area along the Duero valley until the river reaches Fermoselle, still in the province of Zamora. Rainfall is low all through the year, even during the averagely hot summer.

The region has shallow sandy soils with abundant quartz and stones, even some granite found in the area of Fermoselle. In the territory which is part of the province of Salamanca it is quite noticeable the presence of slate, the kind of rock also featured on the Portuguese part along the Duero, called Douro the other side of the border. The slate subsoil works as splendid thermal regulator capable of accumulating the heat from the sunshine during the day and to slowly release it during the night time.