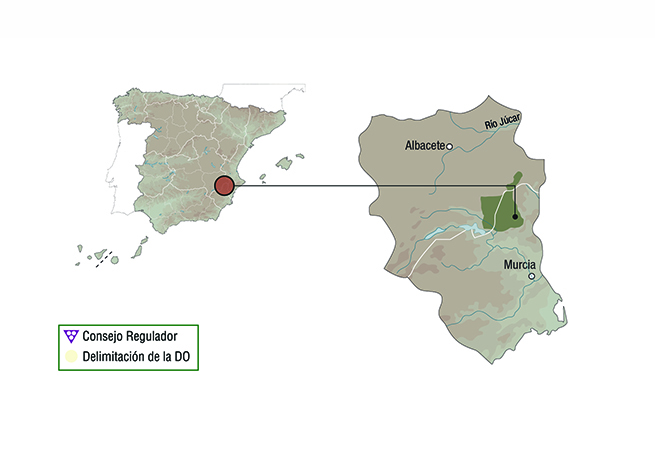 Midway between the provinces of Murcia and Albacete, this Denomination of Origin spreads over a large region in the southeast of Spain and covers the municipal areas of Jumilla (Murcia) and Fuente Álamo, Albatana, Ontur, Hellín, Tobarra and Montealegre del Castillo (Albacete).

Continental in nature with Mediterranean influences. It is characterized by its aridity and low rainfall (270 mm) which is mainly concentrated in spring and autumn. The winters are cold and the summers dry and quite hot.

The soil is mainly brownish-grey, brownish-grey limestone and limy. In general, it is poor in organic matter, with great water retention capacity and medium permeability.