As we stroll through the picturesque voyeuristic showcase that is Instagram and the personal exposure we take part in showing the wines we drink, we can glimpse how many people show off with pomposity and pride the consumption of old vintages of certain wines.

We have all had a relative with a cellar full of bottles, many of them forgotten at some point after their purchase and unsure of what state they'll be in. Since when is old age a value in wine?

When on the big screen we see a scene in which a given gentleman that quickly scans a wine list and orders a specific wine from the '72 vintage, we stir in our armchair thinking that it is the pinnacle of elegance and sophistication, but beware because this ageing does not always imply that the wine is better.

In the ageing of wine few dare to get their fingers caught, as there is no mathematical law that allows us to predict what the curve of the wine will be like. By wine curve we mean that point where the wine evolves favourably, until it reaches a point where it starts to deteriorate.

It should be noted that not even on the wine curve and its evolution do we all agree. Talking once with Marcos Eguren, one of the most relevant oenologists in Spain, he mentioned that he observed three phases in the wine curve, especially in the first years of wine. What he was trying to tell us is that the wine goes up, then down, then up again up to three times depending on the moment of tasting. What obscure fancy does this oscillating theory of a wine's expression contain? However, recently chatting with Jorge Monzón of Dominio del Águila, he commented that these same curves could be due to a Bordeaux winemaking process where the wine is racked several times, whereas in his case, a winemaking process with minimal racking, he did not clearly appreciate these intermittent curves.

In reality, we know little about this and as you can see, winemakers know the expression and evolution of their own wines, but they rarely agree on these growth curves. It is important to understand that the vintage is a decisive factor, as is the type of winemaking and even the grapes used. 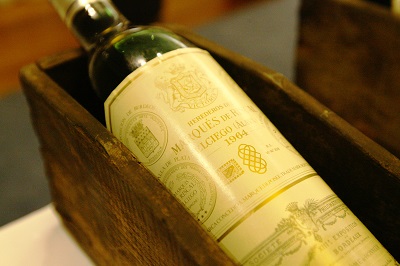 You have probably already heard that very fresh vintages are particularly good for optimal wine ageing, as the acidity of the fresh fruit acts as a natural preservative and protector of the wine. However, it can also happen that in these unusually fresh vintages one finds the sensation of a very diluted fruit as it is a very weak, but very acidic wine, something that would be accentuated over the years. This may be because the lack of ripeness of the grapes prevents the fruit from playing its essential role in the wine. Acidity is not the only argument, of course, and this is where the winemaker's ability to get the grapes to ripen in these years when the heat seems to have disappeared comes into play. Once the winery has the grapes to work with, the work and skill of the oenologist comes into play, and his or her role will partly determine the wine's ageing capacity.

Face to face with the bottle

When the bottle reaches our hands, if we are normal consumers, it is more than likely that we will be unaware of all the factors we have just mentioned. We will not know the type of vintage, we will not know how the grapes are worked in the vineyard and we will not know how they are made. With this information, how can we assess whether the wine will age well? The question here lies in the confidence we have in the brand and the producer. There are brands that are suited to wine ageing and others that are not. There are types that we believe will stand the test of time better and others that will not.

Continuing our conversation with Marcos Eguren, in his winery, something happened to us that broke our minds. Nobody in their right mind would say that a carbonic maceration wine, in the total absence of oak ageing, could stand the test of time. With the utmost humility, Marcos opened a bottle of a carbonic maceration wine made by his father in 1969, and to our surprise we were surprised to see that the wine retained its fruit and liveliness, albeit tired, something that left us with no valid argument for the ageing of a wine. 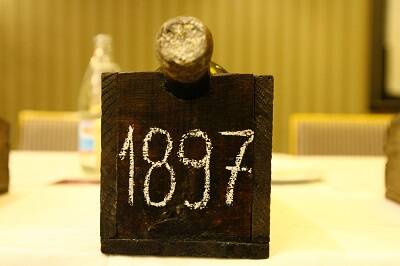 Wine prescribers know how complex it is to set consumption dates, which is why they always resort to creating time ranges that are sufficiently wide to avoid making mistakes. And if they do, it can always be blamed on the other variables that favour or hinder ageing in a wine, namely heat, light and lack of humidity.

Does wine improve with time?

This question always raises a lot of debate. From our experience in wine tasting we would say that a wine evolves towards another style rather than say that it improves, except in those cases where the wine is bottled particularly young and raw. In these cases the passage of time will make the wine friendlier and therefore our perception of the quality of the wine will improve, although it must always have something lively and dazzling, even if it is a little raw.

We recently had the opportunity to taste the new Bordeaux vintage through wines bottled early for the evaluation of the quality of the vintage. These wines, as our founder José Peñín mentions in his post (in Spanish) show evident marks of their winemaking and ageing, which ends up taking over the wine. However, behind these traits always shines something associated with a quality that will remain unchanged over the years, at least our experience says that it will.

Being prepared to consume an old wine

The great doubt when one uncorks these wines is to decide if the wine is good or not, if it is worthy to be served at the table or if on the contrary we should throw it away. What one must bear in mind when uncorking these wines is that we are dealing with different products. A wine with more than 20 years of bottle ageing is by definition a wine where the fruit takes the back seat and the ageing begins to shine through the tertiary nuances. Another important thing is to know that the flavours are diluted with the passage of time, the wine loses strength, intensity and on the contrary it gains in subtlety and elegance. That said, the acetic or vinegar smell will be our most effective indicator to assess if the wine is in bad condition. The rest will be determined by the tasting and our taste. An indicator of a good evolution of the wine is if we detect fruit in our evaluation. Fruit tends to fall off relatively easily in very old wines, but a bright wine will show us fruit despite its age and it will also combine perfectly with the rest of the wine's nuances. 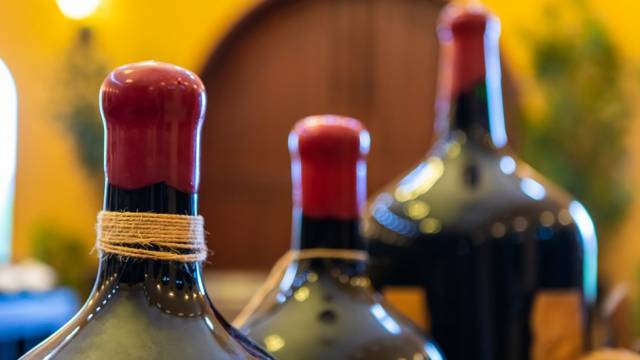 Wine bottle, the bigger the better? 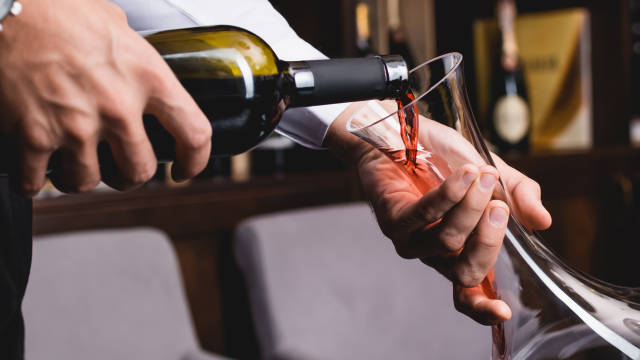 Should I use a decanter for this wine?

Who hasn't wondered at some point if they should use a decanter with a wine?