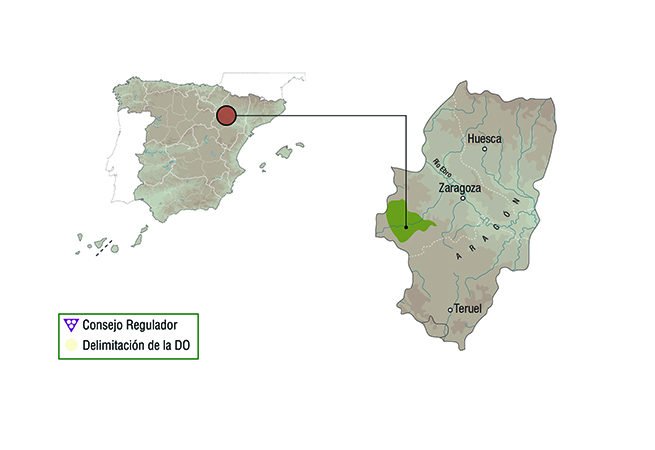 It is situated in the western region of the province of Zaragoza, along the foothills of the Sistema Ibérico, outlined by the network of rivers woven by the different tributaries of the Ebro: Jalón, Jiloca, Manubles, Mesa, Piedra and Ribota, and covers 46 municipal areas of the Ebro Valley.

Semi - arid and dry, although somewhat cooler than Cariñena and Borja, with cold winters, an average annual temperature which ranges between 12 and 14 °C, and a period of frost of between 5 and 7 months which greatly affects the production. The average rainfall ranges between 300 – 550 mm per year, with great day/night temperature contrasts during the ripening season.

In general, the soil has a high limestone content. It is formed by rugged stony materials from the nearby mountain ranges and is on many occasions accompanied by reddish clay. The region is the most rugged in Aragón, and the vineyards are situated at an altitude of between 550 and 880 m.