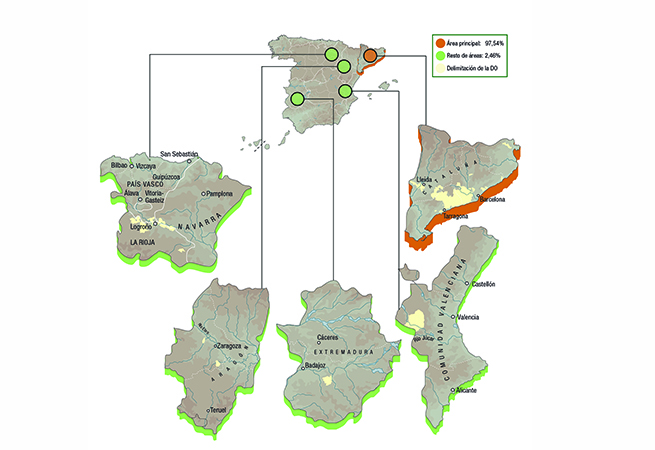 The defined Cava region covers the sparkling wines produced according to the traditional method of a second fermentation in the bottle of 63 municipalities in the province of Barcelona, 52 in Tarragona, 12 in Lleida and 5 in Girona, as well as those of the municipal areas of Laguardia, Moreda de Álava and Oyón in Álava, Almendralejo in Badajoz, Mendavia and Viana in Navarra, Requena in Valencia, Ainzón and Cariñena in Zaragoza, and a further 18 municipalities of La Rioja.

That of each producing region stated in the previous epigraph. Nevertheless, the region in which the largest part of the production is concentrated (Penedès) has a Mediterranean climate, with some production areas being cooler and situated at a higher altitude.

This also depends on each producing region.