There are wines that, due to their philosophy or style, break away from the established and mark a turning point in the growing area or region where they were born. We baptise them as Revelation Wines, a category that was born with the Peñín Guide 2013 and that for years has served us to analyse wines not only from a qualitative point of view, our usual way of assessing a wine, but also for their background and their rupture with the norm.

It is not easy to distinguish the innovative quality of a wine in a given area, because for that you need to have tasted many wines and to have a broad perspective of the area. The constant tasting exercise to which the Guide's tasters are subjected, being able to evaluate wines of all kinds of qualities and styles, enables them to see a wine in the future, and to gauge whether or not its touch of "quirkiness" is plausible.

Over the years many wines have been nominated as Revelation. Although only one wine wins each year, the fact of being nominated is in itself a recognition of an innovation or an endeavour inspired by the wines of the past, forsaking modern times.

As we have said, the awards started in the 2013 edition of the Guide, that is, in 2012. In these first awards were nominated wines as important as As Caborcas 2010, which opened a path towards revolutionary wild and supple wines, compared to other more classic but also transcendent wines such as El Anejón de la Cuesta de las Liebres, Teso la Monja, Macán Clásico or Nisia, all of them from houses with great pedigree. I still remember Telmo Rodriguez's speech when he received the Peñín Guide's first revelation wine award, thanking the boldness of awarding the prize to his As Caborcas, taking into account the great wines competing for the same award. The question was not so much to reward the wine of the highest quality, but the wine whose style and winemaking opened up new ways of working and new interpretations of the terroir, and As Caborcas undoubtedly met all these criteria with solvency.

The years went by and wines such as La Bota de Florpower (2012), the forerunner of today's so-called "vinos de pasto" (pasture wines), Táganan Parcela Margaelagua 2012, the explosion in the creation of Canary Island and plot-based Atlantic wines, Sorte O Soro, a superb estate wine, or Sietejuntos Syrah, an ode to French grapes in the midst of the increasing importance of local grapes in the wine industry. 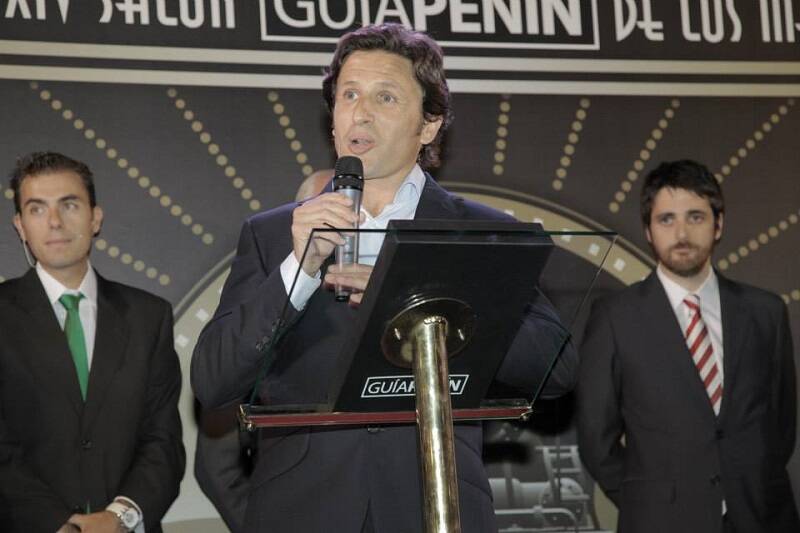 As Caborcas, by Rafael Palacios was Revelation Wine 2014

In our 2015 edition (year 2014) a Priorat Cariñena made its way with its own light, recalling the remarkable importance of this grape in the midst of the fervour and admiration aroused by the formidable Garnacha. 1902 Cariñena Centenaria by Celler Mas Doix is today a renowned wine, but when it arrived at our tasting table we knew nothing about it. That same year this wine competed with Pago de Mirabel 2013, a wine from Extremadura and Garnacha whose freshness captivated us, Viña Almate Garnacha 2011 by Alfredo Maestro, the white Tempranillo from Bodegas Javier San Pedro Ortega called Viuda Negra or the Branco de Santacruz 2011. 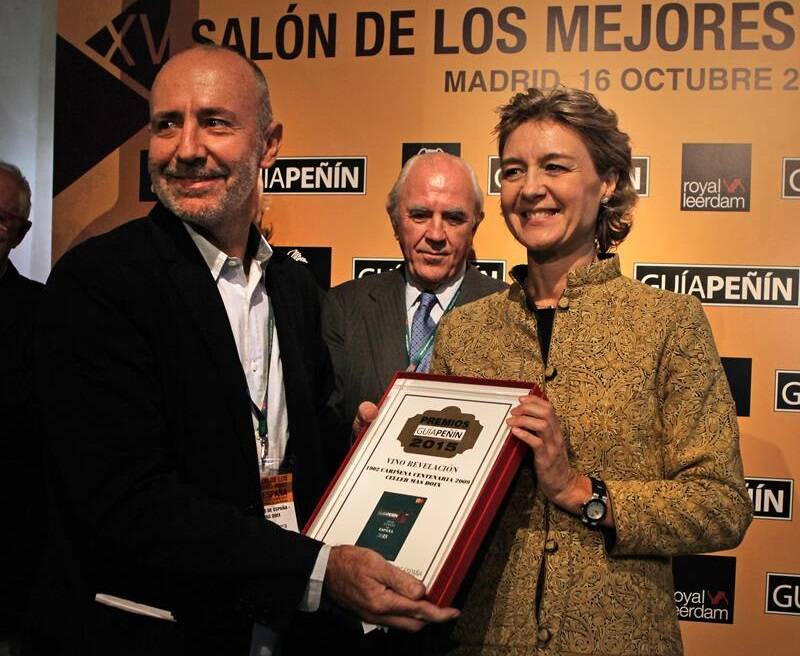 The 2016 Guide brought us the recovery of the historic golden wines of Rueda with a superb De Alberto Dorado, as well as the vindication of Priorat white wines by Gratallops Escanya-Vella or the slow but sure career of Canarian red wines by Ignios Orígenes Vijariego Negro, a wine that surprisingly we stopped tasting in 2018.

Dominio del Águila white 2012, the sparkling sherry Alba, Sitta Ancestros or Vins de Postal L'Escumador were the protagonists of our 2017 edition. In the 2018 edition, we had a record number of nominees with 9 wines, including an orange wine from Eulogio Pomares, a very old Fondillón from Bodegas Monovar, the UBE Carrascal from Cota 45, which took the baton from Equipo Navazos in the development of "still" wines outside the D.O., and is today also reproduced through a magnificent La Escribana from Bodegas Luís Pérez which is bottled as a table wine. That year Pirata 2014, a wine made by Ismael Gozalo and Benjamín Romeo in two different places and with two different grapes, Viura from La Rioja and Verdejo from Rueda, won the award of the year. 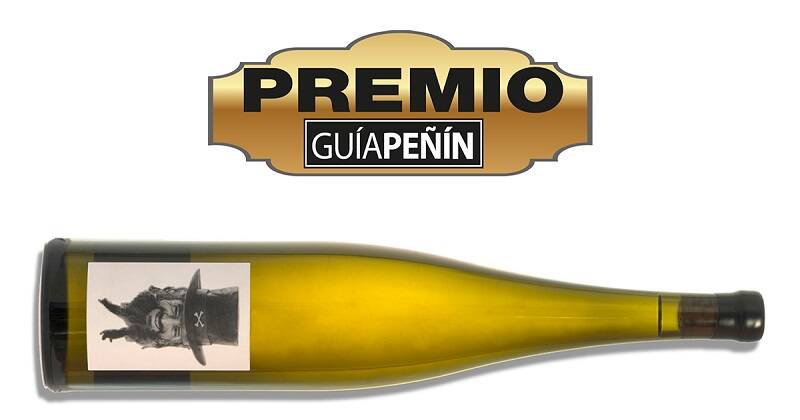 In 2019 the Revelation Wine was Niño Perdido Madre Nº3, a hymn to the recovery of Aragon's rancid Garnacha wines, a precious lesson in viticultural history.

We are entering the last two years of this award. In 2020, the Peñín Guide's revelation wine was Arzuaga Albillo 2007, a white wine made in the land of reds and subjected to a very long ageing process, which opened the doors for the classic Ribera del Duero wines, and which also obtained the Guide's maximum score of 99 points.

In our last edition of the Guide, Pepe Mendoza Giró de Abargues won this recognition thanks to the research carried out with the Giró grape, a wine that opened the doors to considerably softer and fresher wines in an area focused on other types of bottlings. 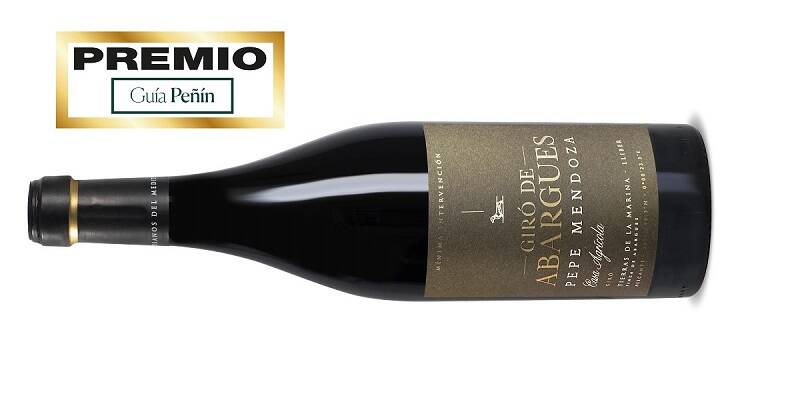 As it could not be otherwise, the Peñín Guide 2022 will also have its nominees for Revelation Wine, and we have already told you that there will be six of them. Stay tuned to our website as we will be announcing one nominee per week over the next few days. The new Wine Revelation nominees are extremely important wines for the wine industry, and they reach this recognition following different paths and interpretations. 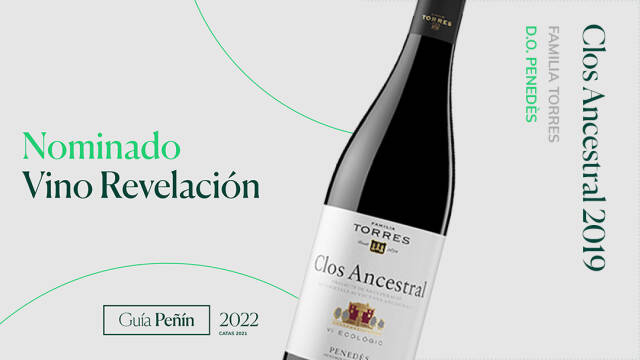 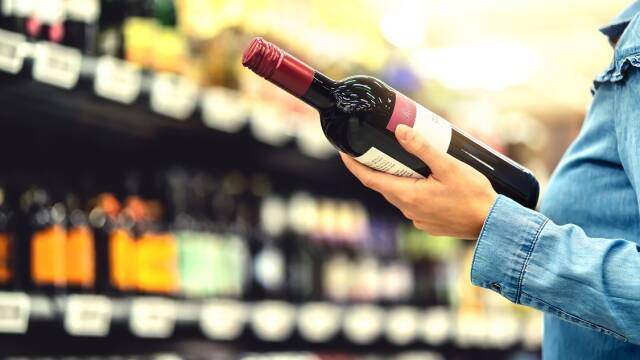 The shape of the wine bottle

We review the different elements that make up the bottle and the information they contain. 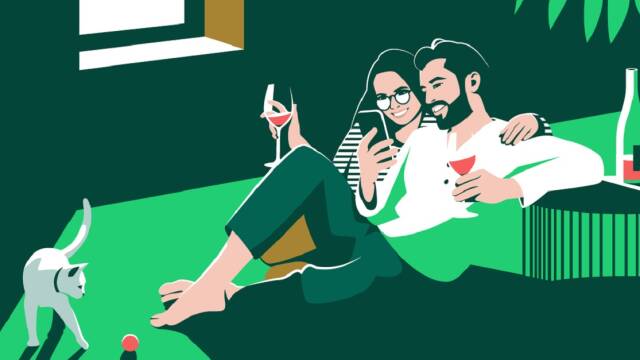 The future Guide will include nearly 9,300 tastings, which from today can be consulted for the first time on our website for premium users.