The many truths about the Spanish bobal grape

Few people know that the bobal grape is the third most cultivated red variety in Spain, behind tempranillo and garnacha tinta (MAPA in July 2020). However, Tempranillo and Garnacha enjoy great recognition in the wine industry, while the Bobal grape has remained almost anonymous until recently. It has come to light thanks to many winemakers who decided to go for it, turning their backs on the most sceptical and critical voices.

If bobal is the third most planted variety in Spain, why don't we see more wines made from this grape on the market? Simply because there is no interest. The bulk wine trade is very important for this grape and tanker lorry deliveries to other countries are very significant, especially in years when world grape production falls. Of all this wine that is subsequently used in blending, nothing is said. Few dare to mention it in their labelling, even though a large part of the resulting character of the labelled wine is due to it.

Today I do not intend to review the past of this grape, for that I invite you to read this excellent article by our founder José Peñín. Today its protagonists will show us how the bud that makes a grape and its production areas grow is born through a series of events that trigger others and end up shaping the great change, which has yet to culminate.

The Bobal grape is a grape that shows various types of wines and in each one of them something different emerges, whether in rosé wine, young red wines or wines with long ageing. 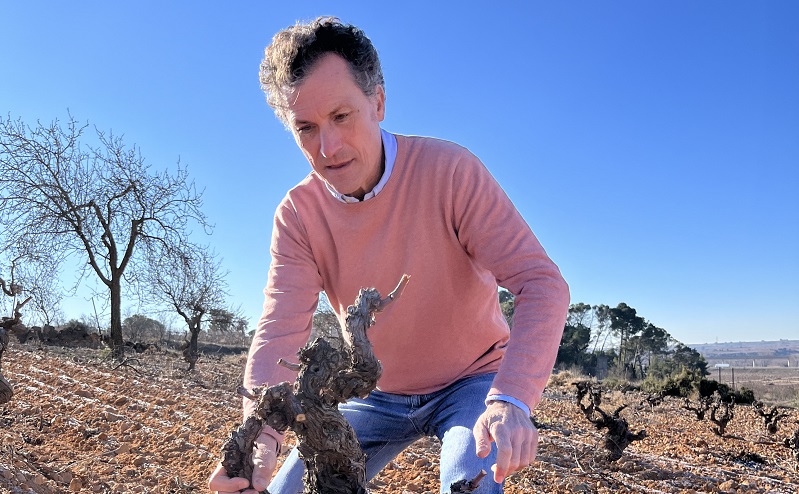 To understand the possibilities of this variety from southeastern Spain, it is important to take some perspective. Nobody better than Félix Martínez Roda from the family winery Vera de Estenas to understand how this grape has been worked in its first steps towards longevity.

Félix has spent a lifetime working with the bobal grape and was a pioneer when it came to making a bobal destined for ageing. We are talking about 1998 and the wine Casa Don Ángel Bobal, a historical reference of the recent past of Utiel-Requena. For years, this wine has been responsible for the highest scores in the area as a single varietal Bobal. In order to withstand the passage of time, this experienced oenologist believes it is necessary to employ high levels of ripeness. We are talking about wines that start at 13.5º and can even reach 15º, although this degree runs the risk of becoming a problem as climate change progresses. In his opinion, these Bobales are the ones that have the capacity to improve with long ageing.

The first commitment to this wine concept was made with long-aged wines such as Tempranillo or Cabernet Sauvignon in mind. This high ripeness, above the average for the area, were sought after, based on wines where extraction was highly favoured. At that time, nobody believed that the bobal was suitable for making aged wines, so the arrival of a wine with these characteristics opened up new scenarios. 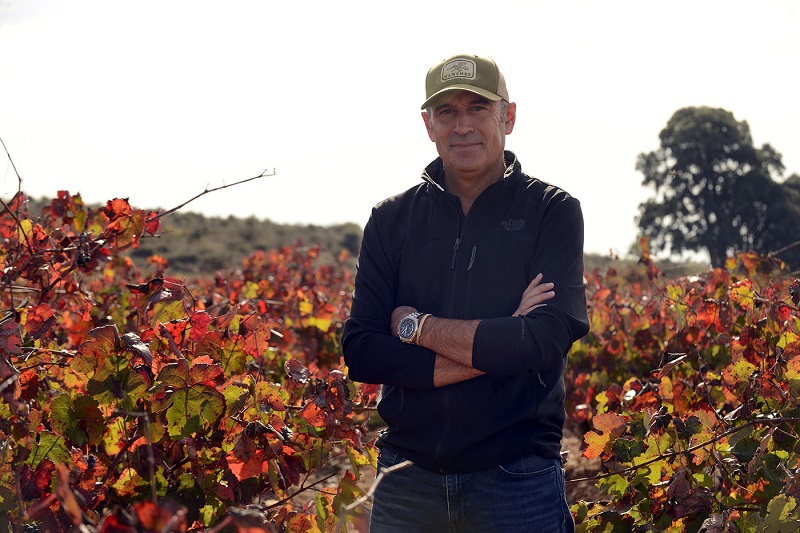 Toni Sarrión's arrival (Bodega Mustiguillo) on the production board in the area was premonitory, as he came with fresh ideas from outside and with the ambition to take the area's wines to the top. Some of the new viticulture techniques, or should I call them old, were implemented in his vineyards, where he strove to achieve smaller and tastier clusters as well as to start defending the wild and pure Mediterranean landscape in his environment. It was in 2000 when the winery began to market its first wines, with two references that have marked a turning point in the area, Quincha Corral and Finca Terrerazo. Quincha Corral 2001 broke the mould by achieving 95 points in the international press. Precisely, a year before, the Peñín Guide had already crowned it as the best expression of bobal in the area in its 2000 vintage with 93 points, a wine that had a small percentage of tempranillo and cabernet sauvignon.

The evolution of this wine has a lot to do with the evolution of a whole region and also with the evolution of quality wines in the world. In its first vintages it tended towards a fuller, more structured style and enjoyed a rich presence of oak. A style that reminded us a lot of Casa Don Ángel Bobal. As time went by, this wine flirted more openly with the importance of fruit and local character over the rest, an identity that gained weight. Sarrión is the living representation of the modern and local Bobal, which has helped it to position itself as the maximum exponent and representative of the Spanish Bobal. His long history of high scores has served as an inspiration to many other winemakers who have taken up the baton and given it another twist. 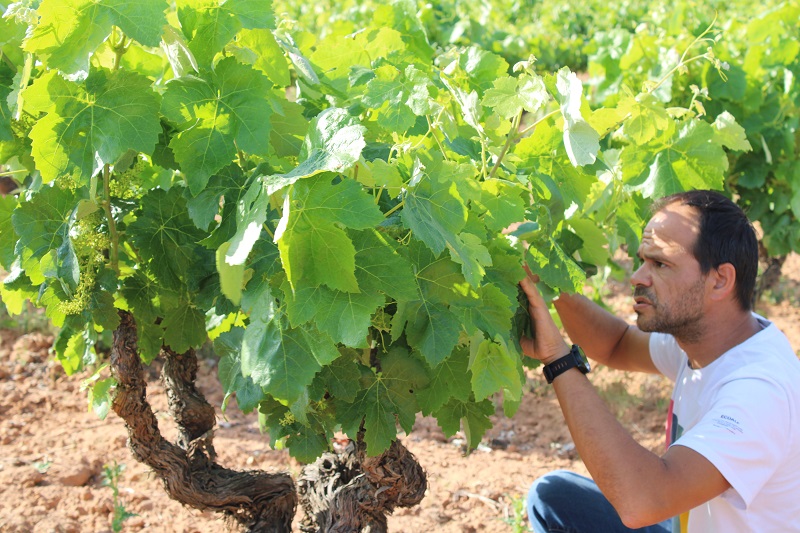 It took a young man from Manchuela, experienced in Bobal, to complete the two important milestones achieved by Vera de Estenas and Mustiguillo. We are talking about Juan Antonio Ponce, from Bodegas y Viñedos Ponce, who went beyond any previous conception and decided to go for the wines that motivated him: fresh, fluid and very fruity. As in art, from time to time new schools of thought come along that break with the established. This is how Ponce arrived, but by chance, as this step would not have been possible without the concatenation of previous events. The consumption of world wines by young winemakers was opening new doors. The era of Burgundianisation was dawning, first among the most specialised consumers and, over the years, among the general public. The fight against alcohol in food indirectly exerted pressure for less generous wines, creating the perfect climate for change. Ponce represents just the opposite of what has been seen to date. He is making wines with lower alcoholic content, with medium yields, instead of the very low yields of 2 kg/ plant of those who have been making high quality bobal wines for aging.

For Ponce, the fact that this grape has not spread to other areas has meant that it is still in its purest state today, as it has not been genetically processed by nurseries. For this reason, in his opinion, it has a certain authenticity and purity that reminds him of the taste of the grapes when he was a child.

In Ponce's opinion, the 1990s marked the evolution of the area and of the country, bringing very positive things to Spanish wine as a whole. The arrival of the new oenology, represented through the winemaking parameters followed in Bordeaux (maturity controls, extraction, colour, acidity, etc.) was felt in the bottlings through wines with high maturities, with 14º or more. The aim was to produce like in Bordeaux, even if the climate, varieties and soils were not the same. However, many of these indicators and ways of winemaking are not perfectly adapted to the specific case of bobal, because for Ponce they lead to much coarser wines. "Taking bobal to 14º or 14.5º could take you away from what it really is, giving you darker wines, with drying and woody tannins. For me that is not the bobal I remember from my family".

Whatever decisions are made, there are, as you can see, many valid interpretations. Ponce himself acknowledges that there are many ways of working and intermediate points around the bobal, "we ourselves experience it in wines like Clos Lojen, a much more fluid wine than the P.F. or Pino, which are more powerful and flavoursome".

The five bobales with the highest scores in the Peñín Guide 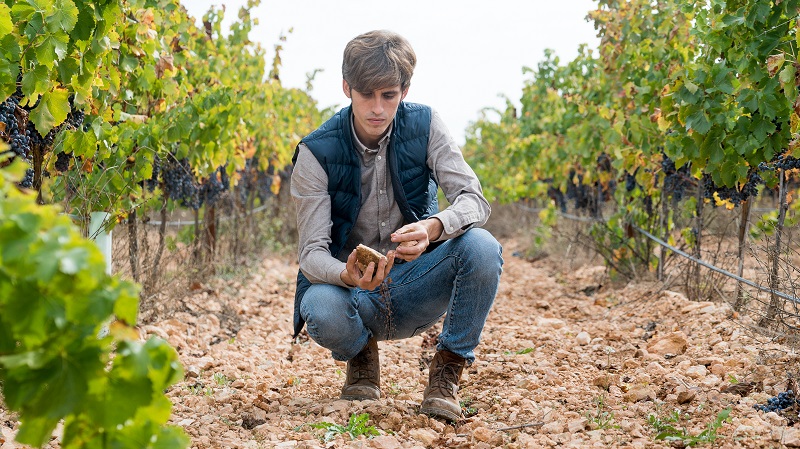 With each passing year, new generations of producers join the ranks, who in one way or another follow the paths marked out by their personal experience. We have excellent examples that follow different trajectories and yet are nearing excellence with notable impact.

Julián López-Peidro is the second generation of the Chozas Carrascal family. His youth should not deceive us, although he is barely 31 years old, his tenacity and determination has allowed him to place one of his new wines as the best bobal of the Peñín Guide in its latest edition, as determined by the tasting team led by Carlos González, who saw in Materia a wine with ambition and expectations fulfilled in its first vintage. Although the trajectory and evolution of this wine and its creator remains to be seen, it is certain that he has opted for the reflection of a structured bobal, but in which both the fruit and the soil are well reflected.

One of the main problems that, in his opinion, has prevented further growth is that there are still few producers who are committed to finding the best expression of this grape. He affirms that "the grape-growing past of our area meant that many old quality vines were uprooted, which has prevented us from accessing an important part of our diversity".

In his opinion, "winemakers today work a little by intuition, the more we are, the more information we have and the more we can share, which will allow us to improve considerably".

He himself is aware of the two different styles of great bobal wines that exist in Spain today. On the one hand, there are those in which freshness and less concentration take precedence, something which, in the young winemaker's opinion, requires a great deal of work in the cellar, and on the other hand, those that seek the real ripening of the grape in its constant struggle against the greenness.

One of the strengths of this variety is its ability to transmit the benefits of its ideal climate, a transitional climate from Mediterranean to continental where there is a great contrast between day and night temperatures, which results in a rich acidity despite the fact that some wines are particularly powerful. This happens with even greater impact at higher altitudes, which is why producers look for altitudes of over 800 metres above sea level. 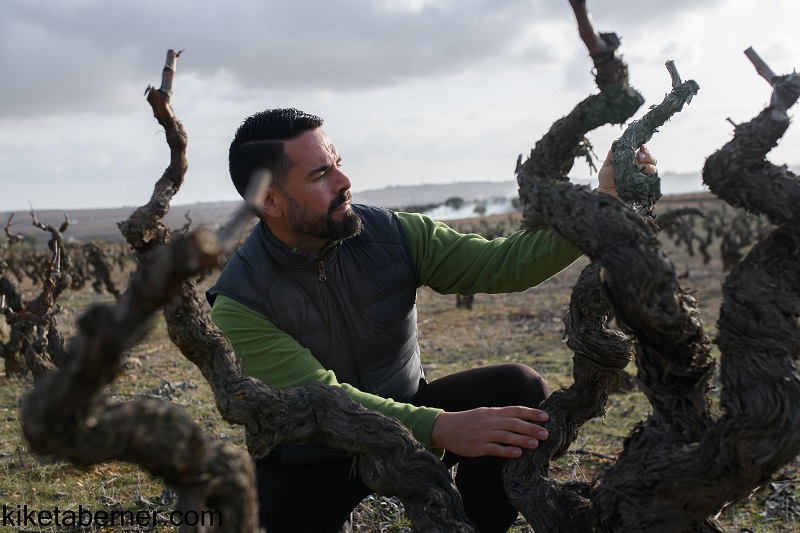 To complete the picture of the different "truths" of Spanish bobal, we turn to the charismatic Bruno Murciano, former Chef Sommelier at the Ritz in London and owner of an importing company. His approach revolves around making sharp, fruity wines, made with his own stems, just like Ponce. Very old vines where the character of the landscape prevails. We see in him the travelling character of many other winemakers in Spain who are shaping a different and frankly interesting vision of wine. Another way of building bobal and that by philosophy will also serve to build the vineyard of the future.

At the end of the day, it is the different working perspectives that are building a new horizon for one of the great varieties of the Spanish Levante region.

Cava, whose identity revolves exclusively around wines with secondary fermentation in bottle, is still in the midst of a process of change in favour of zoning and segmentation 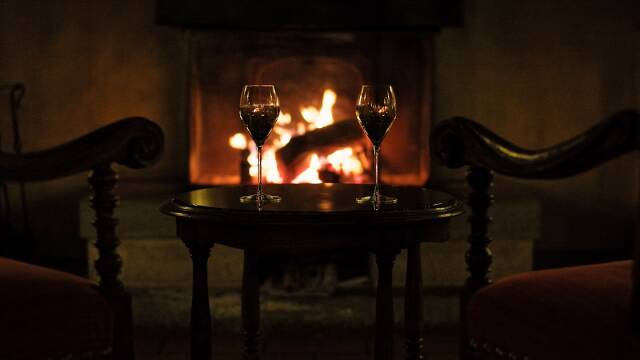 Winter season, the wines that keep you warm

Consumption at this time of year points towards wines with power and structure. Today we give you some ideas to start uncorking many of the wines that you still have in your cellars or pantries.