The best red garnachas in Spain

Until 1985, Garnacha was the main red variety in Spain. This was because it is a very adaptable variety to almost all types of climates, due to its medium-long growing cycle and its capacity to self-modulate according to the climate, a faculty that other varieties do not have. Even in La Rioja it was more widespread than Tempranillo, though they coexisted perfectly, as the different growing cycles allowed the winegrower to make the work between the two varieties compatible.

Garnacha spread easily throughout practically the whole of Spain, in Aragón, Navarra, Catalonia, as well as in the interior of the peninsula. Its cultivation in areas with warmer climates allowed producers to "relax" more than in cooler climates, so in some cases they were considered "forgotten" vines in the vineyard until harvest time. Undoubtedly this is the result of a late ripening, perfect for a warm climate like ours. A variety that, when it finished its fermentation, experienced a "coming of age" due to its mature and full-bodied wine character. It was the queen of smoothness at a time when tannins were not well regarded. It was a necessary but not admired grape, as our founder José Peñín tells us in one of his last published posts (in Spanish). 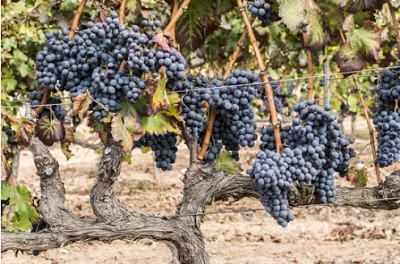 Today we happily rediscover this grape of ours. It has been shown that Garnacha was the worst victim of the fears and bad winemaking of yesteryear. Controlled fermentation has revealed aromas full of fruit, flowers and personality that can last longer in the tanks; long macerations and greater control over them have revealed more solid colours and tannins, allowing for a safer ageing than in the past. 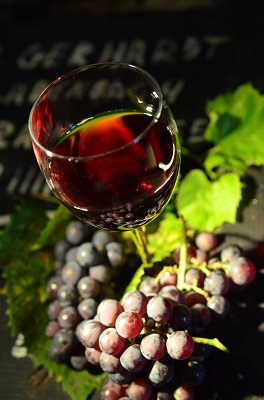 Just 15 years ago nobody could have imagined that of the 601 single-varietal brands tasted in the Peñín Guide 2021 there would be 278 with a rating of 90 points or more. Out of this number of wines, the 3 best wines from each Denominación de Origen have been selected, avoiding the inclusion of more than one wine per winery.

Garnacha is a very versatile grape, with multiple personalities of colour, aroma and flavour depending on where it is grown. It is the variety that changes the most depending on the soil and climate, so it is a grape capable of pulling us out of varietal stagnation. In the following list we have not included the Garnachas included in the regional PGI, nor those included in "Vinos de Mesa", in order to express the geography of each D.O. from the selected brands.

The provinces of Toledo, Avila and Madrid converge in this area, with their respective DOs being Méntrida, Cebreros and Vinos de Madrid respectively.  In these three areas the granitic soils are fragmented into pieces with a high proportion of silica, although there are also slate soils, as is the case of Cebreros, which at night retain the daytime heat favouring greater ripening. The altitude of the vineyards ranges from 676 m.a.s.l. in San Martín de Valdeiglesias to 900 on the slopes of Méntrida and 1000 in Cebreros, an altitude that plays an important role in defining the final style of the wine. This is a landscape of Mediterrean mountain scrubland. In Cebreros the best grapes are grown in the higher areas and the vegetation landscape is similar to the other two areas.

In the area of Méntrida, which goes up to Gredos and San Martín de Valdeiglesias, the wines are bright pale garnet in colour, with a bouquet of dry mountain herbs, garrigue and dry earth, fruity, medium to light-bodied, with a certain wild character and hints of red fruits, thanks to the fact that their ripening is slowed down by the sandy soils that cool down quickly at night. The wines from Cebreros are slightly more intense in colour, noticeably riper, with a charred hint and some graphite, but always with the wild nuances of their neighbours, although with a palate of ripe black fruit that turns balsamic and floral if the vines grow in the higher altitude plots.

We review the best Garnacha of each D.O. in Gredos.

In the area close to the Moncayo Garnacha thrives on slate soils and on the plain mostly on limestone mixed with stones and clay. Its wines are intense in colour and full-bodied, with flavours and aromas of ripe black fruits and a warm, graphite-mineral background. Those from the flatter areas of limestone and clay are less forceful and lack the varietal expression of the Moncayo.

We are dealing with more powerful and intense garnachas, chewy and with a great predominance of the winemaking method.

It is a territory with a multitude of orientations and soils that are difficult to separate from one another. Its wines are fruity, with great mineral expression, burly, tasty and ripe. The area, due to its warmth, offers a high alcohol content, but the winemakers are capable of balancing it and showing us varietal wines with a marked accent on the soil. Once again we find ourselves in front of some powerful Grenaches that will not leave us feeling indifferent.

Stony clay-loamy soils abound that grow younger vineyards and thus with less richness of nuances. Those of the Cariñena plain are fruity and warm with medium expression. The more subtle ones show us the floral character of this variety, accompanied by the Aragonese Garnacha structure.

Although the soils are generally sandy and therefore the grapes ripen more vigorously, the somewhat cooler and rainy climate compensates for this. As a result, it produces Garnacha grapes with a ripe and somewhat jammy expression, but with balsamic nuances of red fruits, somewhat similar to those of Terra Alta. The most striking thing about the garnachas from this part of the peninsula is the wild character they show, with hints of wild flowers from the countryside.

The most interesting Garnacha wines are those from limestone soils. They are elegant, a little more open in colour than the Aragonese ones and of great varietal and fruit expression, somewhat warm, with a lighter body and a very tasty palate. Garnachas with a purely Mediterranean essence, rich in aromas of the countryside, of earth and sun. They tend to be elegant on the palate despite having a good dose of alcohol.

The finest and fruitiest garnachas are found on the northern fringe of the Navarre vineyard and on the terraces of San Martín de Unx with clay-limestone soils and a certain altitude. The Garnacha grapes are the freshest, fruitiest and most balsamic, with a dark colour and a certain elegance.

The reds come from slate soils and the most flavoursome and lush are from the lower areas while those from higher areas, some with limestone soils, are more elegant and somewhat less powerful. The most widespread are intense in colour, with charred and mineral notes, bold and beefy.

It is curious how the best Grenaches come from the fiefdom of Tempranillo, that is, the Rioja Alta and also from the highest and coolest areas such as Badarán, the upper Najerilla and the elevations near Santo Domingo de la Calzada. A variety that, in theory, feels more comfortable in warm areas such as the Eastern Rioja, formerly Rioja Baja. On the other hand this area, with a greater cultivation of this grape variety, does not produce garnachas of certain consideration if it is not blended with others.  However, the highest scoring brands benefit from the complexity of microclimates close to the cultivation limits. There Garnacha exudes balsamic, red fruit aromas, with an unusual freshness but surprisingly high alcohol content that is barely perceptible.

The most suggestive are from "panal" soils, which is a combination of sand, limestone and loose clay.  The reds, although with a Mediterranean flair, are lightly built, fruity, earthy, pleasant to drink, with some hints of wild herbs 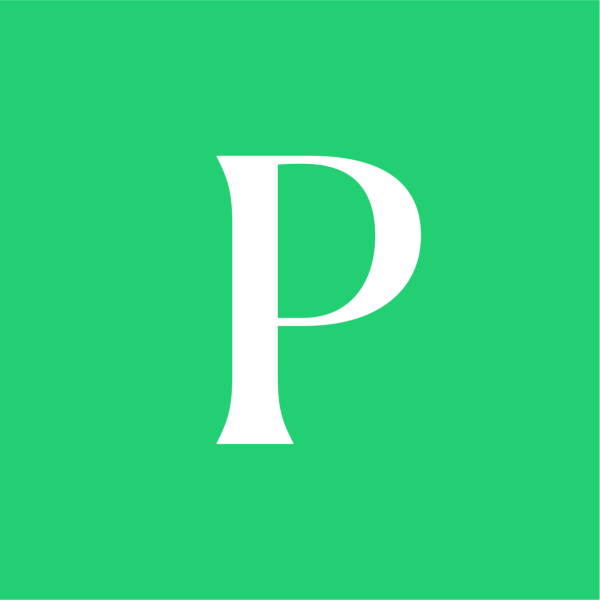 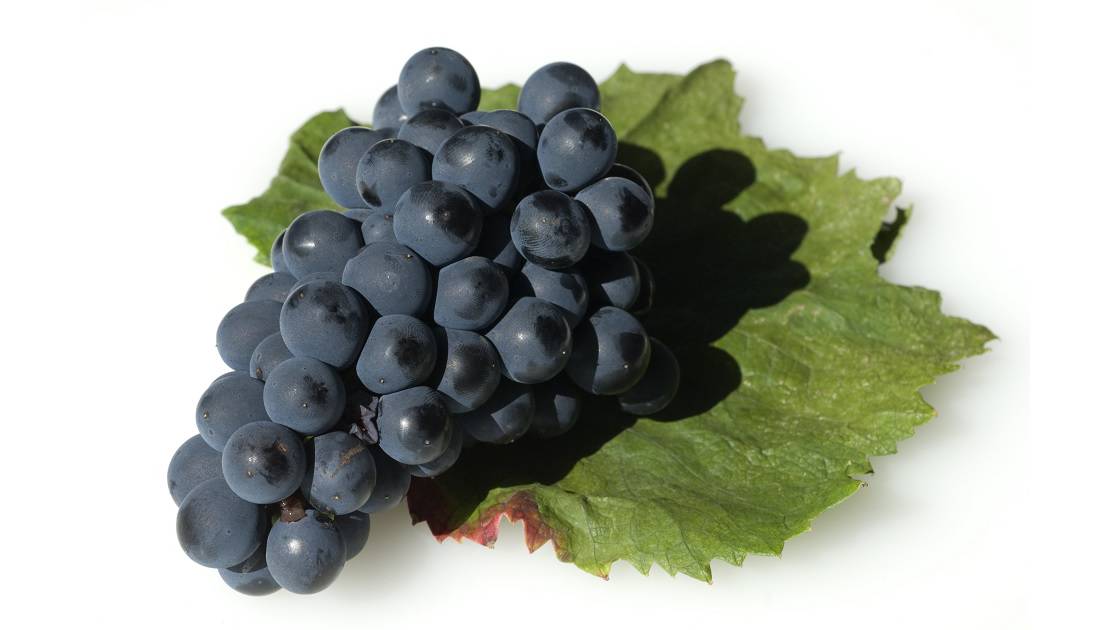 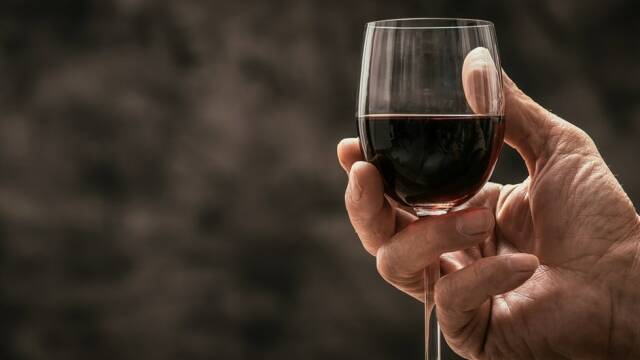 Last week José Peñín published an interesting post about Cabernet Sauvignon in Spain, probably the most popular red grape in the world for its ability to enhance wine. 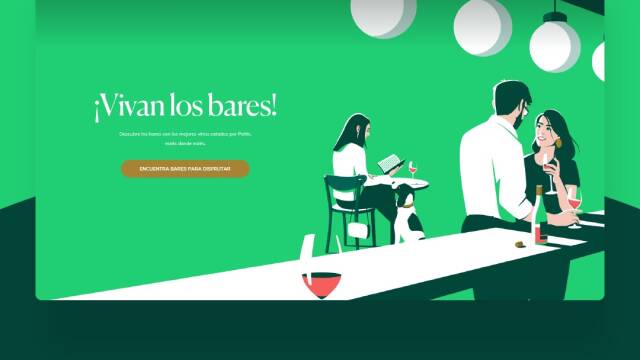